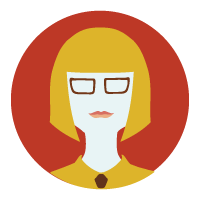 Lu cuisine originates in the province of Shandong, and as the province is on the coast, seafood is often used in traditional dishes. Squid, scallops and prawns are popular, but flavourful soups and fresh vegetables are also found in abundance throughout the region. Soups are served with a local porridge known as congee or steamed bread made with millet or barley. Commonly used vegetables include aubergines, mushrooms and cabbage, and if you're not a fan of seafood, you'll be glad to know chicken and pork are also used in traditional Lu cooking. The next time you visit a Chinese restaurant, look out for these Lu dishes on the menu:

This dish, also known as conch, is a real treat for your taste buds. The sea snails are removed from their shells and flash fried in a paste made with tomatoes, vinegar, garlic and ginger. They have a meaty texture that's satisfying and are served with steamed bread to soak up the leftover sauce.

Dezhou grilled chicken is a speciality dish that's enjoyed during family celebrations. A whole young chicken is fried for a few minutes in hot oil to seal in the juices and then slow cooked in a flavourful chicken broth until the meat is falling off the bones. The broth contains ginger, cinnamon and star anise, making this a warming dish that will fill you up on a cold night. Enjoy this dish with a side of fresh greens.

In Lu cuisine, clear soup is made by gently cooking meat bones for several hours and skimming off the fat to leave a clear broth that has a rich, meaty flavour. For this dish, meatballs and prawns are added to the clear soup, which is then garnished with crunchy spring onions. It's often served with a side of dried scallops, which have a salty taste.

Pork jiaozi is an ideal dish if you want a light lunch, but be warned, they will leave you wanting more. These steamed dumplings are stuffed with cabbage and ground pork that's mixed with fresh ginger and sesame oil. They are served with a soy and rice vinegar dipping sauce. If you want to bulk this dish out a little, order a side of steamed vegetables.

These are just a few examples of traditional Lu dishes available. So, instead of ordering a classic curry or chow mein dish the next time you visit a Chinese restaurant like Han Palace, ask your server to point out the Lu cuisine options on the menu.